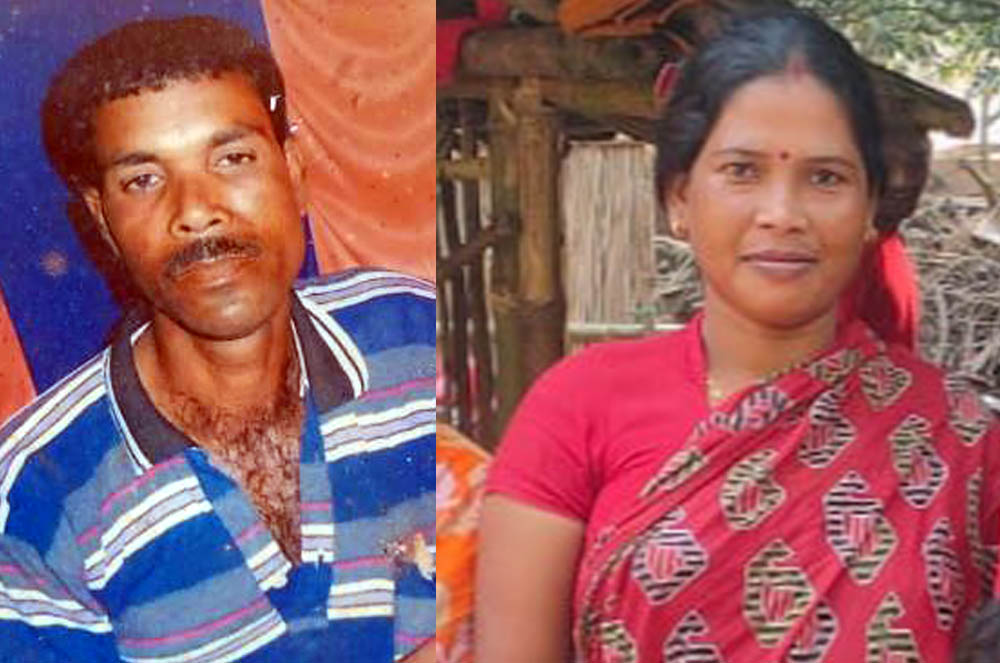 Sting Newz Service: A man killed his wife by hitting with iron bar and himself committed suicide by hanging, allegedly following a family unrest. It happened at Jhitkeponta under Dhubulia police station area in Nadia early on Sunday, a police sources said.
The family members on Sunday morning found Anima Biswas (38) lay on the ground with a pool of blood. She was bearing a number of injuries on head and face. They also found her husband Laxman Biswas (48) to hang from a jack fruit tree along the home.
Police took them to Dhubulia Primary Health Centre and doctor declared them brought dead.
Papia Biswas, the married daughter of the victimized couple, who stays in Krishananagar, rushed listening the mishap.
She said,” There was a long running unrest in my parents. Father would provide no money for family expenses. Mother would manage the expenses with hardship. There are my two brothers of 17 & 9 years and mother would run the family with two sons. But father would stay separate in home. Amid this situation, mother wanted to go to Delhi for work. Father opposed it. It caused and altercation and from the heel of the same, father killed mother.”
On of the two sons, Sourav Biswas (17) said,” We two brothers were sleeping in a separate room and could not realize when the incident happened.”
However, bodies were sent for autopsy.
Previous Miscreants cut down wrist of BJP booth President in Nadia’s Shimurali, BJP blamed TMC
Next 2nd edition of Sanmarg Dialogues – “वाद संवाद” – a platform for intellectuals from  varied backgrounds to engage and express views