More deaths in monsoon-hit Nepal due to flooding, landslides 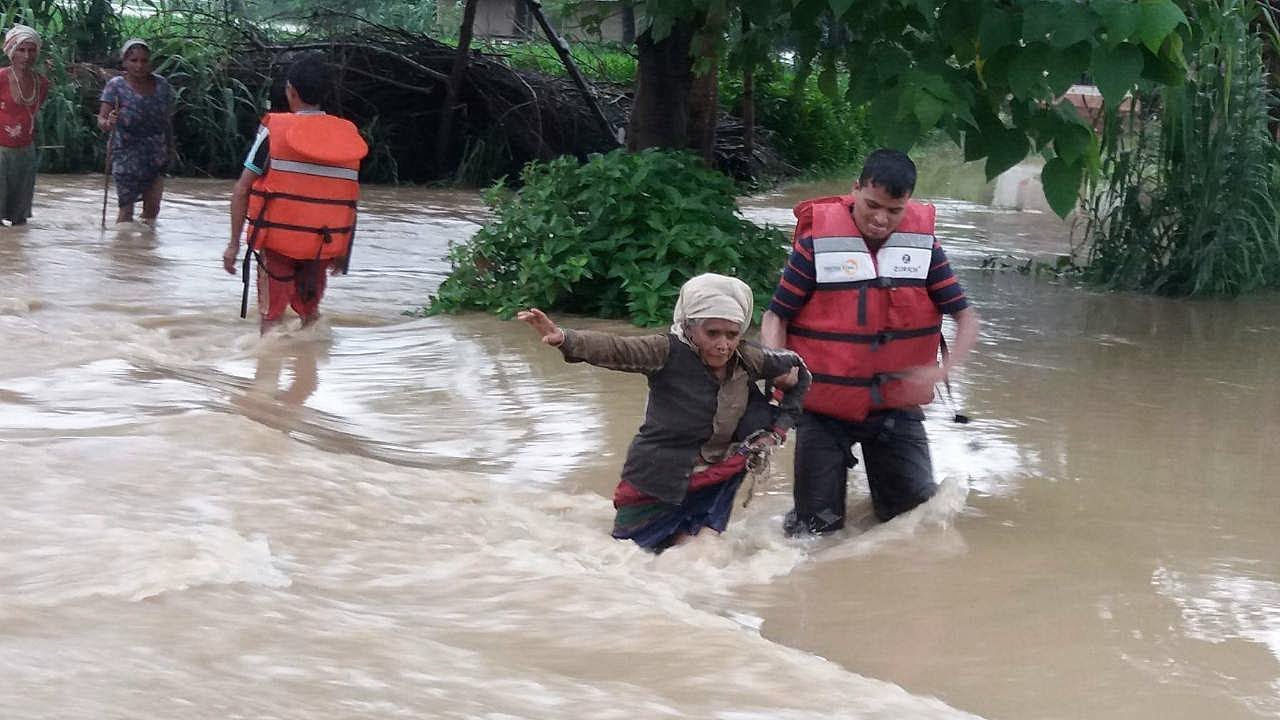 Sting Newz Service: Flooding and landslides triggered by heavy rainfall have killed at least 50 people in Nepal in the past few days, according to officials, with more deaths reported across the Himalayan border in India.

Over the past week, rains have hit 30 of Nepal’s 77 districts including the capital, Kathmandu, with thousands of security forces deployed in the areas affected by the floods and landslides.

On Sunday, Nepal’s National Emergency Operation Center said at least 30 others were missing, either swept by swollen rivers or buried by mudslides since delayed monsoon rains began pounding the region on Friday.

Twenty-eight people have been treated for injuries and more than 1,100 others rescued from flooded areas, the Associated Press news agency said. More than 10,000 people are estimated to have been displaced.

The centre said nine key highways remained blocked by floods and mudslides, and attempts were under way to open them up for traffic. Among them is the East-West Highway that connects the country’s southern districts.

Other roads were being cleared by thousands of police and soldiers. Continuing bad weather has grounded helicopter rescue flights.

‘Move to higher ground’
Nepal’s Department of Hydrology and Meteorology warned of more troubles ahead in a flood warning for the southern region near the main rivers, urging people to keep watch on rising water levels and move to higher ground when needed.

Nepal’s largest river, the Koshi, which flows into the north Indian state of Bihar, had risen above dangerous level, authorities said.

“Scientists have been warning that because of climate change, monsoon patterns are also changing and the region needs to prepare for more extremes in weather, severe droughts as well as more intense periods of rain,” said Al Jazeera’s Subina Shrestha, reporting from Kathmandu.

Rain-triggered floods and mudslides have left a trail of destruction in other parts of South Asia. Officials in northeastern India have reported at least a dozen people dead and over a million affected.

The dead included two schoolchildren who were buried when their boarding school collapsed while they were asleep in Tawang in Arunachal Pradesh state.

Assam’s State Disaster Management Authority said around 900,000 people spread over 21 of the state’s 33 districts have had their homes submerged. Several thousand are living in government-run relief camps.

Elsewhere in Assam, Kaziranga National Park, home to the endangered one-horn rhinoceros, has been flooded. The park is located 225 kilometres east of Gauhati, the state capital.

Floods and mudslides have also hit some other northeastern states, including Meghalaya, Sikkim and Mizoram.

In Mizoram, floods have submerged about 400 homes in the small town of Tlabung, police said. (Courtesy: AL JAZEERA AND NEWS AGENCIES)

Previous What Are the Signs and Symptoms of Cancer?
Next 3-time Delhi CM Sheila Dikshit passes away at 81