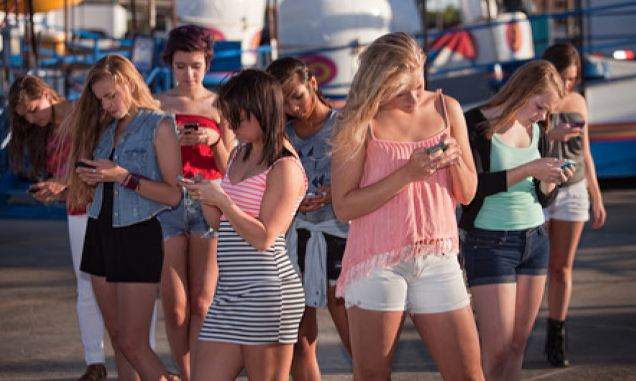 The survey further revealed that 37% have also tried to persuade their pals to reduce the time they spend on their smartphone. Further, 45% of the respondents were of the view that they are not able to spend time on other things they want to do as they are spending too much time on using gadget. While 41% blamed their habit of using cell phones for getting low marks at the university.
Talking more about the survey, President of Screen Education, Michael Mercier, said that his organisation is making all efforts to find out ways to impose reasonable limits on their screen time.  He also said that the users can themselves cultivate within them the ability to self-limit their screen time by adopting new cultural norms related to screen time.
According to a report, the survey had 46 questions and 1,017 respondents from class 7 th to 12 th. The survey also revealed that 36% of teenagers witness online bullying every week, while over 30% have seen online bullying result in physical violence.
If one looks closely, Indian Economic Survey 2018, had revealed that e-commerce market has reached $33 Bn mark which means as much as 19.1% growth in the year 2016-2017. The increasing e-commerce reliance has been reiterated with a new with a new counterpoint research report which says that e-commerce platforms captured a record 38% share of the total smartphone channels in the country in the first quarter of 2018.  (Courtesy: www.newsx.com)
Previous Two Nadia college students drowned in Ganga on Bijaya Dashami , body of one recovered
Next Telephone Booths No Longer On List Of “Essentials” At Railway Stations