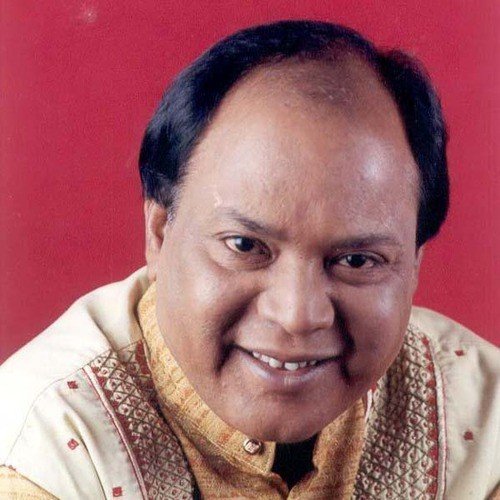 “He was brought dead to the hospital at 3.17 pm. The body has left from Nanavati hospital for post-mortem,” hospital officials told PTI.
The cause of death will be known after post-mortem, the hospital sources said. However, media reports claimed that he died of cardiac arrest.

Mohammed Aziz, who has over 20,000 songs to his credit, has sung in Bollywood, Bengali and Odia film industries. He has recorded several devotional Bhajans and Sufi songs as well.

Aziz, who was known for his love for Mohammad Rafi, started his musical career in Kolkata and then moved to Mumbai. His first big break came in with the film Mard, with the song Mard Taangewala, starring Amitabh Bachchan.

According to wikipedia, his nickname was Munna and his real name was Syed Mohammed Aziz-un-Nabi. He was born in Ashoknagar, West Bengal, India. Being an ardent lover of music and Mohammed Rafi, he started singing from childhood.

Aziz made his film debut in a Bengali language film, Jyoti. He came to Mumbai in 1984, with references from a producer’s relative. His first Hindi film was Ambar (1984).

Aziz started out his musical career as a singer in the restaurant Ghalib in Kolkata. He got a break when the music director Anu Malik got him to sing the song Mard Taangewala for the movie Mard, starring Bollywood actor Amitabh Bachchan. People thought it was a Shabbir Kumar’s song and the song became a hit and Aziz became a popular singer, and was patronised by leading music directors including Kalyanji-Anandji, Laxmikant-Pyarelal, Rahul Dev Burman, Naushad, O. P. Nayyar, Bappi Lahiri, Rajesh Roshan, Raamlaxman, Ravindra Jain, Usha Khanna, Anand-Milind, Nadeem-Shravan, Jatin Lalit, Anu Malik, Damodar Raao, Anand Raj Anand and Aadesh Shrivastava.

Aziz worked in the Odia film industry and has sung several Odia bhajans, private albums, and Odia film songs since 1985. Some of his Odia bhajans (Lord Jagannath’s Bhajans) are famous. He has performed stage shows in India and abroad, and has been nominated twice for best male playback singer award. Mohd. Aziz was very close to Laxmikant Pyarelal; After Laxmi-Pyare, his career went down and other music directors took to other singers such as Kumar Sanu, Udit Narayan.

At his peak, he was considered an heir to Mohd. Rafi. He is one of the rare singers who can sing at the 7th note (saatwan sur) – example being his song, “Saare Shikawe Gile Bhulaa Ke Kaho”. Laxmi-Pyare recognized his potential very early and repeated him in a lot of their movies.

He has done playback singing for famous actors such as Amitabh Bachchcan, Govinda, Rishi Kapoor, Mithun chakraborty and several others. In Bollywood, his duets with leading female singers like Lata Mangeshkar, Asha Bhonsle, Anuradha Paudwal and Kavita Krishnamurthy have been immensely popular, the latter two in particular. His collaboration with the musical genius duo Laxmikant Pyarelal has been most successful to the extent that he was considered an heir of Mohammad Rafi at his peak in the late 1980s and early 1990s.

This versatile singer has sung almost twenty(20) thousand songs in different Indian languages. Ha has recorded hundreds of devotional Bhajans and Sufi songs as well. Though he has gelled quite well with other female singers, but his duets with Anuradha Paudwal, Asha Bhonsle and Kavita Krishnamurthy have been most popular during most of 1980s and early 1990s and are still heard and watched even on youtube video channel. Some of the songs listed below are most lyrical and melodious, filled with sweetness and richness of Urdu poetry penned by the likes of Majrooh Sultanpuri, Anand Bakshi, Faruk Kaiser et al.

Some of his popular solo numbers are listed below:

Some of his popular duets with Lata Mangeshkar are listed below:

Some of his popular duets with Asha Bhonsle are listed below:

Some of his popular duets with Anuradha Paudwal are listed below: