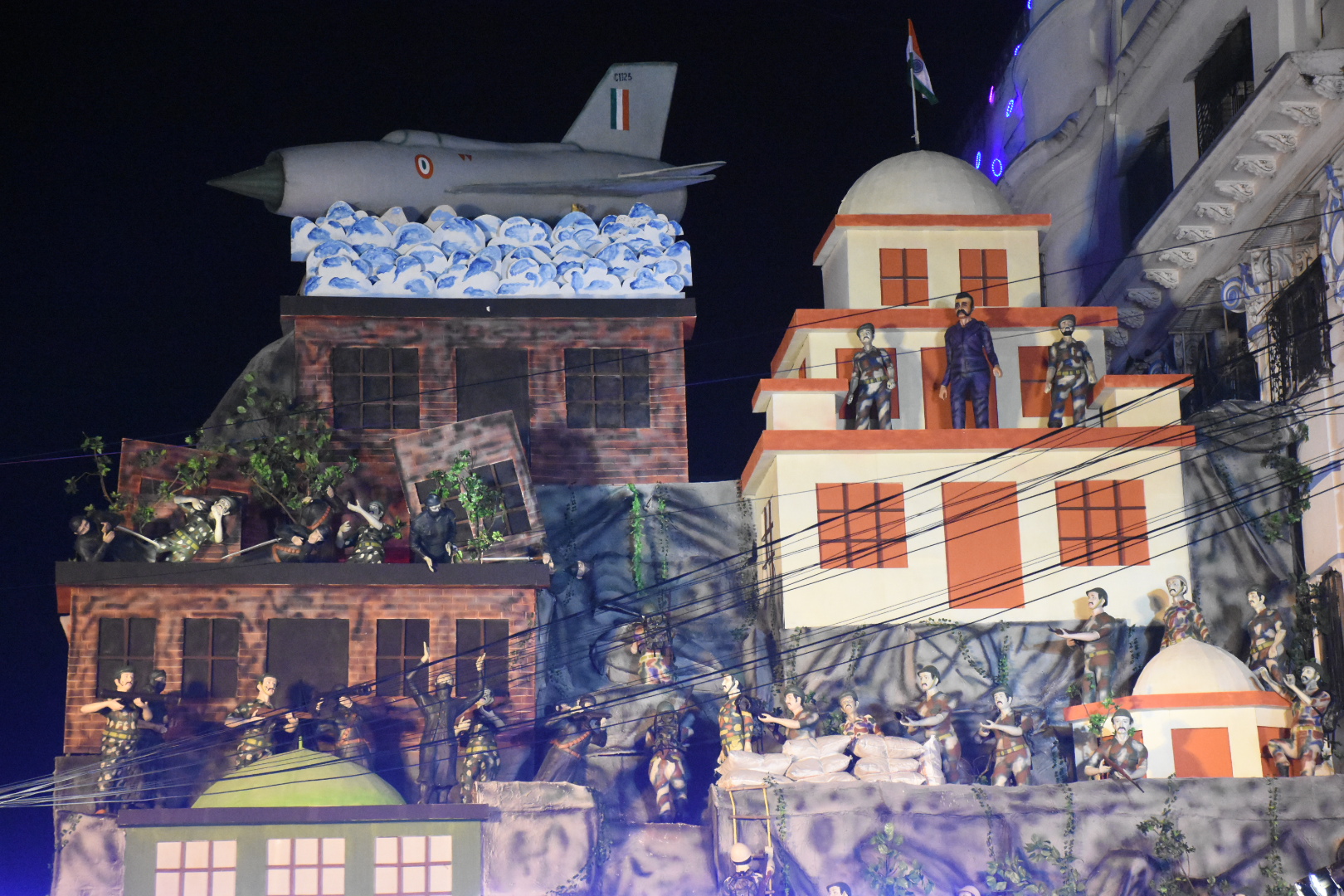 Sting Newz Service: The members of Young Boys Club have taken up the challenge to discover the greatest Balakot Air Surgical Strike which was inaugurated today by Smt. Alka Yagnik, Bollywood Singer. Young Boys Club which turns 50 this year have recreated the entire sequence of the Balakot Air Surgical Strike along with a fighter plane, a mock-up of Wing Commander Abhinandan Varthaman who went deep into the Pakistan territory and subsequent jubilation that gripped the entire nation. This puja is located near Tara Chand Dutta Street in central Kolkata which connects CR Avenue with Rabindra Sarani near Royal Indian restaurant is a big draw with the residents.

The 2019 Balakot Air Surgical Strike was conducted by India in the early morning hours of February 26 when Indian warplanes crossed the de facto border in the disputed region of Kashmir and dropped bombs in the vicinity of the town of Balakot in Khyber Pakhtunkhwa province in Pakistan. The airstrike was the first time since the Indo-Pakistani War of 1971 that attacking warplanes had crossed the Line of Control.

Speaking to the media, Mr. Rakesh Singh, Chief Organiser said, “This is not only a landmark year for our puja which completes 50 years but also for the entire country. We felt it was only befitting to showcase the Balakot Air Surgical Strike as our theme to pay homage to our soldiers who sacrifice their lives for the country so that we can stay peacefully.”

“The Balakot Air Surgical Strike is a very important event for this country. We felt it was important to document it for reference of the future generations. We have depicted the event totally from the perspective of our armed forces whose contribution is immense in keeping the country safe from any external threat. We have recreated the entire sequence just outside and at the entrance of the pandal which will give the visitors an idea how the entire offensive was executed to make it a successful one. There is also a mock-up of Wing Commander Abhinandan Varthaman who became a national hero after carrying out the strikes,” said Mr. Vikrant Singh, Youth President of Young Boys Club.