40 CRPF men killed in terror attack in Jammu and Kashmir 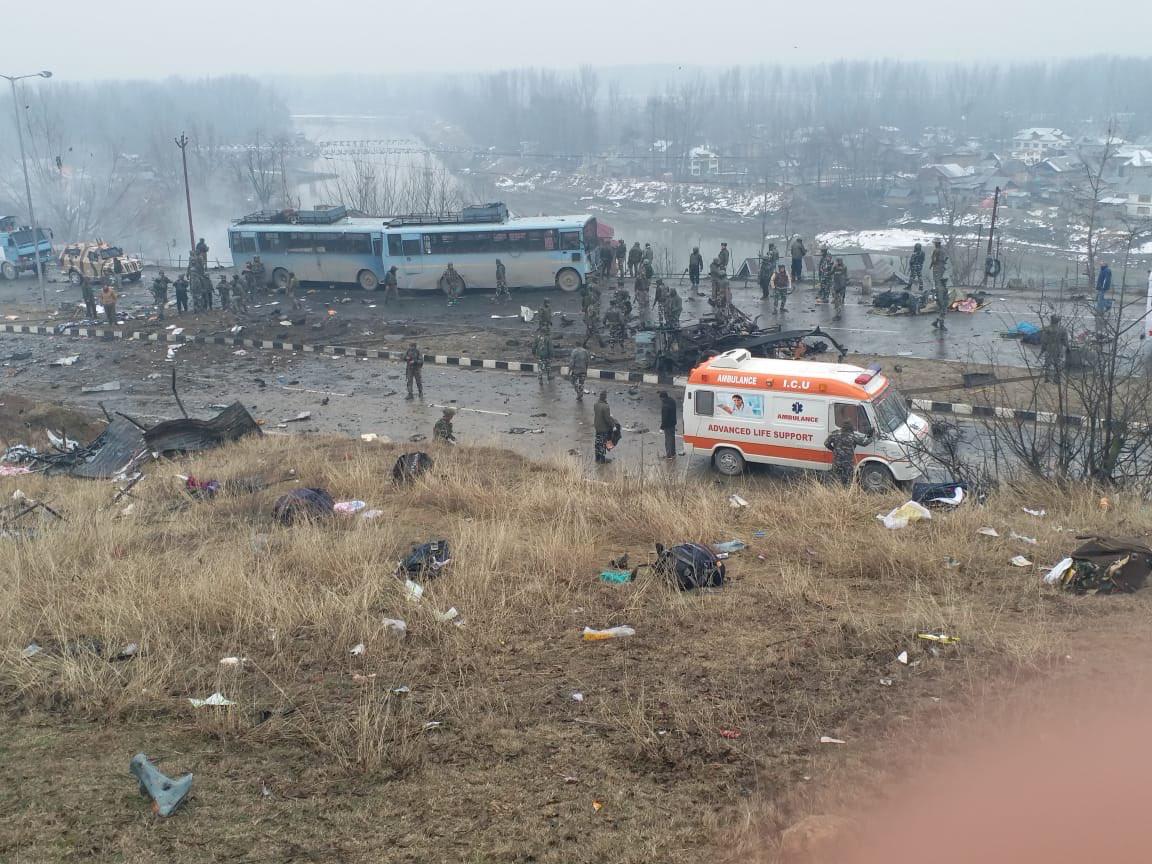 Sting Newz Service: In the deadliest attack in Jammu and Kashmir, 40  paramilitary CRPF personnel were killed and five others were injured in a car bombing at Lethpora area along the Srinagar-Jammu highway in south Kashmir’s Pulwama district on Thursday afternoon.

An official of the CRPF said that a “suicide car bomber” rammed an explosive-laden vehicle into the bus near Lethpora at around 03:15 pm, resulting into an intensive blast in which 42 paramilitary personnel were killed and five others injured. The injured personnel are admitted in army’s 92 base hospital at Badamibagh, Srinagar.

“A total of 44 CRPF men belonging to different battalions were travelling in the vehicle when the blast occurred,” the CRPF official said. He said that the CRPF men belonged to 92, 17 and 54 battalions. JeM militant outfit identified the bomber as Adil Ahmad Dar alias Waqas Commando.