Sting Newz Service: The three-day old BJP government in Maharashtra fell flat on its face on Tuesday after the man who had propped it up – rebel NCP leader Ajit Pawar – returned to the party fold, realising rather late that he did not have the support of as many MLAs needed to prove majority in a floor test.

Ajit Pawar resigned as deputy chief minister in the afternoon, hours after the Supreme Court ordered the BJP to take a floor test to prove it has the numbers along with Ajit Pawar’s NCP faction.

Left without any option, Chief Minister Devendra Fadnavis also resigned soon after, barely 80 hours after he took oath in a rather covert operation early Saturday morning.

Fadnavis said: “Ajit told me that he cannot continue because of personal reasons. I will submit my resignation too.”

Fadnavis added: “Maharashtra people voted for mahayuti. BJP got the mandate to rule the state. We never promised Shiv Sena the CM’s post. Sena started bargaining after seeing the numbers.”

Fadnavis also said the BJP would become the voice of the people as Opposition.

The masterstroke to snatch back Ajit Pawar from the BJP goes to his uncle and NCP chief Sharad Pawar, sources said.

Earlier in the day, the Supreme Court – hearing pleas by the Shiv Sena, Congress and NCP for the dismissal of the present BJP government – ruled that Devendra Fadnavis would have to prove majority on the Assembly floor by 5 pm on Wednesday.

The Supreme Court directed Fadnavis to prove majority in a televised test of strength that would not be carried out by secret ballot. “If the floor test is delayed, there is a possibility of horse-trading, it becomes incumbent upon the Court to act to protect democratic values. An immediate floor test, in such a case, might be the most effective mechanism to do so,” the Supreme Court said, in a massive setback to the BJP on a day India paid tribute to its Constitution.

By the time everyone woke up on Saturday, Ajit Pawar had supported a BJP government and claimed he had all 54 MLAs of the party with him. Both he and Fadnavis took oath early morning on Saturday.

Uncle Sharad Pawar did not take too kindly to this betrayal and, along with Shiv Sena and Congress, paraded on Monday night 162 MLAs in the lobby of a Mumbai hotel.

Ajit appeared a little subdued on Monday as he didn’t attend office while it was business as usual for Devendra Fadnavis. Pawar’s absence hinted that his uncle was trying to win him back to the party fold with the assurance that this betrayal would be forgiven if he dumped the BJP.

Soon after the top court made it clear that Fadnavis would have to prove his majority along with Ajit, Prime Minister Narendra Modi met Union Home Minister Amit Shah in Parliament on Tuesday afternoon. It is learnt they then signalled Fadnavis to resign.

On Monday morning, the NCP, Shiv Sena and Congress had submitted a letter signed by 162 MLAs to Governor Bhagat Singh Koshyari which said the parties should be invited to form the government if the BJP failed to pass the floor test in the Assembly.

At the grand assembly of MLAs on Monday evening, Shiv Sena-NCP-Congress MLAs pledged: “I swear that under the leadership of Sharad Pawar, Uddhav Thackeray and Sonia Gandhi, I will be honest to my party. I won’t get lured by anything. I will not do anything which will benefit BJP”.

“Our fight is not just for power, our fight is for ‘Satyamev Jayate.’ The more you try to break us, the more we will unite,” Shiv Sena’s Uddhav Thackeray said on Monday evening.

NCP chief Sharad Pawar, who was also present, said BJP misused power to grab power even in states where voters hadn’t given their mandate to it.

“The idea is to turn the public perception towards us. Once we parade 162 MLAs in one hall, entire nation will come to know that BJP is playing a dirty game in Maharashtra by misusing office of the governor,” said an NCP leader to PTI.

The BJP, Shiv Sena, the NCP and the Congress have been locked in a protracted struggle for power soon after the poll results threw up a hung Assembly on October 24.

Pre-poll ally Shiv Sena was annoyed with the BJP stating it had ‘gone back’ on its promise for a rotational chief minister for a term of two and a half years each. The BJP said it had made no promise.

The Shiv Sena then formed an alliance with the NCP and Congress, after Congress chief Sonia Gandhi gave her nod to this politically-mismatched tie-up.

Confident of numbers, the three parties had chosen Shiv Sena chief Uddhav Thackeray as their chief minister on Friday night. But before day broke, the Governor had revoked President’s Rule in the state and sworn in Devendra Fadnavis as chief minister with Ajit Pawar as his deputy. (Courtesy: Asian Age) 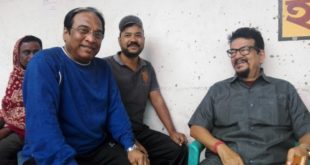 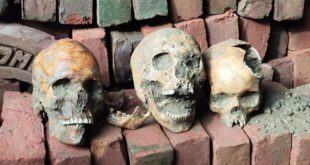 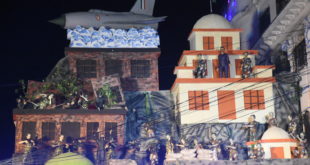